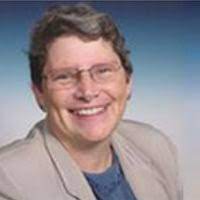 Professor Lynne Weikart received her Ph.D. in a joint program - the Graduate School of Arts and Sciences and Teachers College at Columbia University in political science with an emphasis on educational finance. Her current research focuses upon urban politics and finance, particularly resource allocation as well as the budgeting process. She is the author of several articles and books in these areas. With her colleagues she has published two budgeting and financial management textbooks, Budget Tools: Financial Methods in the Public Sector and Budgeting and Financial Management for Nonprofits. Her book, Follow the Money: Who Controls New York City Mayors, examined financial elites and their influences on urban mayors. Her newest book has just been published - Mayor Michael Bloomberg: The Limits of Power. Professor Weikart won the Luther Gulick Award for Outstanding Academic, New York Metropolitan Chapter of the American Society for Public Administration in 2001.